Stewardship Partners creates people-based solutions that engage Puget Sound communities as caretakers of the land and water that sustain us.

When everyone understands their role, has access to resources, and has a sense of belonging to community, land and water, then positive change happens. Mixing optimism, realism and action, Stewardship Partners starts with empathy; we listen then co-create solutions with our partners, connecting them with their environment and each other to improve watershed health.

The staff of Stewardship Partners is highly trained and experienced in the environmental field.

David Burger – Executive Director
David Burger joined Stewardship Partners as executive director in 2000 and brings with him more than 20 years of experience working on community-based salmon recovery and managing nonprofit organizations. David has worked both locally in Puget Sound as executive director for Mid Sound Fisheries Enhancement Group, restoring salmon habitat with landowners, and statewide as program manager for People for Salmon building capacity of organizations statewide to engage community citizens in salmon recovery. He knows the importance of working cooperatively with a variety of stakeholders and developing and fostering relationships with private landowners to protect and restore fish and wildlife habitat — while maintaining the economic viability of farms and forest land. David has served on several boards including, Built Green, First Green, Snoqualmie Watershed Forum, Mid Sound Fisheries, Mountains to Sound Greenway Trust Technical Advisory Committee, King Conservation District Advisory Board, Parks Levy Task Force, and presently on the board of Earth Talk and The Salmon Recovery Council.

Chris LaPointe – Director of Ecological Restoration
Chris LaPointe brings almost 20 years experience in project and program management, grant management, public administration and volunteer management to Stewardship Partners. Prior to joining Stewardship Partners he spent 11 years working with EarthCorps’ Volunteer Program in Seattle, WA. Chris also served as the Programs & Project Specialist II/Grants Coordinator with Arizona State Parks in Phoenix, AZ while in graduate school. Chris specializes in partnership development, community outreach, and program/project planning & implementation. His education includes a BS in Environmental Science/Biology from Northern Arizona University and a Master of Science in Recreation Resource Management from Arizona State University. Since a young age Chris wanted to lead a life that makes a positive impact on the environment and it’s human and non human inhabitants. He believes working as the Snoqualmie Program Manager will allow him to continue to do just that.

Aaron Clark – Director of Strategic Partnerships
Aaron Clark is an environmental scientist with experience conducting, communicating and applying scientific research for the support of healthy, functioning ecosystems. As the Director of Strategic Partnerships, he focuses on building an interdisciplinary network between communities, policy-makers, businesses, architects, engineers and planners. He received a B.A. in biology from Reed College and a Ph.D. in biology from the University of Washington; he worked as an environmental consultant and landscape designer before joining Stewardship Partners. Aaron is driven by a belief in the positive impact that humans can and do have on the environment through restoration and stewardship. Aaron serves as the Steering Committee Chair for the Green Infrastructure Partnership (GrIP) and leads the annual Puget Sound Green Infrastructure Summit. 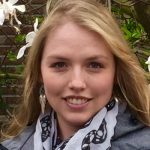 Emma Vowels – Program Specialist
Emma Vowels first became involved with Stewardship Partners in 2012, as an intern through the University of Washington’s College of Environment. For her senior capstone project, she worked on the 12,000 Rain Gardens in Puget Sound campaign, and surveyed rain garden owners about effectiveness, maintenance and perceptions of existing rain gardens. Emma is a Seattle native, and enjoys any opportunity to get outside explore the land Stewardship Partners is working to help protect. Emma also has a passion for horses, and works as a riding instructor and horse trainer in Redmond.

Todd Albertson – Program Specialist
Todd Albertson first joined Stewardship Partners in 2018 as an intern. A transplant from Northern California, he received a Masters of Public Administration from the Evans School at UW where he specialized in policy analysis and environmental policy. He is excited to use his policy knowledge to better the Puget Sound region. In his spare time he enjoys hiking, watching sports (Go Dawgs!) and exploring the Puget Sound region.

Erin Martin  – Snoqualmie Stewardship Interim Crew Lead
Erin Martin joined the Stewardship Partners team in 2018. Erin grew up among the badgers and sagebrush in southwest Idaho and moved to Washington in 2011. She completed two years in AmeriCorps with the Washington Conservation Corps, then earned her MA in Environment and Community from Antioch Seattle. Erin is passionate about climate repair, restorative practices, and food justice. She enjoys vegan pizza, amateur bird watching, puttering around her vegetable garden, and exploring Seattle’s parks with her adopted pit-mix Lentil.

Ashley Aversa  – Restoration Crew Member
Ashley first joined our Team during fall of 2020. She hails from the Pinelands region of New Jersey, where she worked with Rutgers University and SJ Land and Water Trust. Her work focused on program development, stream monitoring, habitat restoration and green infrastructure projects. Ashley holds an Executive Masters in Natural Resources from Virginia Tech, with a focus on water resource stewardship. In her spare time, Ashley enjoys wild foraging, herbalism and exploring the PNW with her partner and hound Arrow.

Stewardship Partners is governed by a board of directors. Their collective experience in the fields of environmental conservation, business, government and organizational management provides important oversight and guidance to effectively achieve our mission.

Christopher T. Bayley, Chair, Former King County Prosecutor
Co-founder of Stewardship Partners and chairman of Dylan Bay Companies, Christopher Bayley has been active in the Seattle community for more than 45 years. A Harvard educated lawyer, he has practiced law for private firms and public offices, including King County Prosecuting Attorney. His corporate experience includes Burlington Northern Inc., Glacier Park Company and New Pacific Partners. In 1999, Christopher joined Steven Buri in forming the Resource Action Council, which on January 1, 2002, became Stewardship Partners. His other involvements include the University of Puget Sound, The Bush School, The Seattle Foundation, Corporate Council for the Arts (now ArtsFund), The Nature Conservancy (state and national boards), the Board of Overseers of Harvard College, E.B. Dunn Historic Garden Trust, the National Association for Olmsted Parks and the Sabre Foundation, the Commerce Bank of Washington and Cle Elum Energy.

William C. Hartman, Vice Chair, IT Consultant
Will Hartmann is an entrepreneur, private investor, consultant and advisor to startups. Currently working on a new venture, he was COO of HyBlue, Inc. and a co-founder of Boston- based Breakaway Solutions, an IT consulting firm that went public in 1999. Will also worked for Dell Computer, and has extensive international work and travel experience including projects in Jamaica and Japan. His conservation credentials include work with the Massachusetts Secretary of Environmental Affairs, with the Environmental Business Council of Massachusetts, and studying fish habitat and fighting forest fires in the Umatilla National Forest in eastern Oregon.

Kitty Craig, Secretary, Deputy State Director, The Wilderness Society
Kitty Craig is currently Deputy State Director for the national conservation organization, The Wilderness Society, providing strategic direction, program delivery, operations, and fundraising leadership for the Washington state program. Prior to joining The Wilderness Society, she led The Trust for Public Land’s Conservation Vision program, working to protect threatened landscapes through collaborative landscape planning. Kitty has particular expertise in land-use planning with an emphasis in conservation and recreation, as well as national forest management policy, public lands advocacy, and strategic planning. She has a proven track record working successfully with a range of stakeholders to find common ground and develop community solutions. Kitty has a B.A. in History and German from Whitman College and an M.A. in Community and Regional Planning from the University of Oregon. A Seattle native, Kitty has a deep passion for the outdoors and land conservation. She enjoys cooking, gardening, and getting outside to hike, run, sail and ski with her husband and two children.

Robert Manelski, Director, 787 Manufacturing – Everett
Bob Manelski is Director of Manufacturing for the 787 in Everett Washington. In this role, he is responsible for providing leadership and direction for 787 manufacturing operations on the Everett site. Prior to this, he served the 787 program as leader of Business Operations, with responsibility for business operations as well as program planning and control. Manelski was previously the Director of Business Operations for the Fabrication division. He also served as the Director of the Electrical Systems Responsibility Center, a Boeing Fabrication business unit. A 31 year veteran of Boeing, Bob has held a wide variety of assignments and traveled extensively while working directly with customers. Other assignments include: Director of Crew Information Services for Commercial Airplanes, Director of Boeing’s Operations Center, Commercial Airplanes chief mechanic; Manager of Airplane Systems Technical Services, 747-400 Field Service; 777 design engineering; and Service engineering. Bob has been married to Deanna for 24 years and they have two teenage daughters.

Cal McAllister, Principal, Creative Director, CEO Wexley School for Girls
Cal is a proud Detroit native who cut teeth as a beat writer for the Chicago Tribune. After getting in a lot of trouble for making things up, he switched to advertising. Before co-founding Wexley School for Girls in 2003, he worked on regional, national and international business at small shops like WONGDOODY and global agencies like Foote, Cone and Belding and Publicis Worldwide in both traditional media and the digital space. Cal has worked in every major consumer and trade category on brands like Nike, ESPN, Microsoft, Xbox, T-Mobile, MADD, Coca Cola, The Red Cross, RealNetworks, Amstel Light and NASCAR, to name a few. His work has been recognized by most every international advertising award show, including Cannes, the Clios, Communication Arts, New York Art Director’s Club and the One Show. He has also judged the Lotus Awards in Vancouver, regional and national ADDYs and the OneScreen Film Festival for One Show, among others. He’s been profiled in numerous national magazines and speaks on social, digital and experiential marketing across the country. As a screenwriter, his films were selected and screened at the Seattle International Film Festival, Slamdance, the Chicago Short Film Festival, Atom Films and the RESFest International Film Festival, among others.

J. Bowman Neely, Attorney, Neely Law
Bowman Neely is a graduate of New York University, the Art Institute of Chicago (painting) and The University of Montana School of Law. His legal experience includes clerkships with the U.S. Attorney’s Office and federal Magistrate Judge Lief B. Erickson. He is proficient in French and Spanish, worked for Sotheby’s Auction House in New York and for a private dealer, was an artist with exhibits in New York and Los Angeles — and he has experience working on public-private development partnerships, commercial real estate agreements, land use, water rights and renewable energy matters.

Samantha Neukom, Partner, Chief Brand Officer, Northbound
Samantha Neukom is the Chief Brand Officer for Northbound, where she provides clients a unique depth of experience, perspective and process insights. From east-coast big agency to west coast boutique, Sam has honed her craft to a laser focus. For more than 17 years she has contributed to a wide variety of businesses such as Starwood Hotels, Bank of the West, P&G, Snapple, Odwalla, Tanqueray, Microsoft, Redfin, Pfizer, Tylenol, Lenscrafters, Apptio, NetApp, Thomson Reuters, and Kaiser Permanente.

Mark Wolfram, Vice President of Channel Partnerships and Sales, Azuqua
Mark is a Technology Executive with over 20 years of experience at Microsoft in several key roles including GM Worldwide Partner Sales, GM M&A Integration and GM for the Pacific Northwest. He is currently VP of Channel Partnerships and Sales at Azuqua, a Seattle cloud integration start-up with funding from Ignition Partners. Previously Mark spent 6 years in Australia with BNY Mellon running the Australian market. Mark recently completed a 10-year stint as a Board of Trustee of Cascadia Community College which is a State of WA Governor appointment. He is currently on the Cascadia Foundation Board. He and his wife Lynn run a CSA (Foggy Ridge) in the Woodinville area which focuses on Aronia products. Mark and Lynn have 2 children (Katie and Max—who has interned at Stewardship Partners) as well as horses, cows, miniature donkeys, dogs, chickens and ducks.