While we would love to meet in person at the farm, we believe it’s safer to have Feast on the Farm delivered to you again this year. Join us on Saturday, October 2nd, 2021, for Feast at-home delivery. A lovely curated meal brought to your doorstep from local chefs that will use sustainably grown farm-fresh produce. We will also include other local artesian goodies, music, and stories from the field. Sponsorships are available, please contact David at db@stewardshippartners.org if you’d like to get involved.

Thanks to our supporters, we were able to keep the annual tradition of Feast on the Farm alive in the comfort of our own homes on October 2nd and 3rd. The pivot of our yearly event to a virtual experience wouldn’t have been possible without our supporters. Together with our chefs’ help this year, we all enjoyed delicious local food delivered safely to our doorsteps and learned more about our work. Feast on the Farm at home raised $55,400, which will directly support the conservation and restoration initiatives in Puget Sound! While this is a third of what we typically raise at Feast on the Farm, we are grateful for your support and commitment to stewarding our water and land during these difficult times.

Your donation advocates for clean water, healthy salmon, orcas and wildlife habitats, sustainable agriculture, healthy communities, and overall stewardship of our shared environment – we thank you. If you would like to donate to our organization, click here.

A huge thank you to our sponsors, farmers, and chefs, and most importantly, our supporters.

You can continue to revisit videos and recipes here if you would like to recreate the Feast at home and also view additional photos. We hope to see you all at the Farm next year!

Thank you to everyone who purchased a meal kit!

Learn more about the farms we partner with and how you can support them. The feast is at a different location each year.

Carnation Farms – Carnation Farms is a historic 818-acre Farm, once home to Carnation Farm Milk Company, founded in 1899. Equipped with century-old barns and farmland which once housed livestock, the farm is now renovated with a high quality medical facility, swimming pool, sports courts, climbing wall, zip-line and more, making it the perfect spot for campers to enjoy themselves. 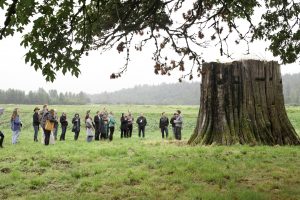 Full Circle – Full Circle Farm started as an organic farm 15 years ago on just 5 acres. They have grown to become one of the West Coast’s major suppliers of organic produce.

Local Roots – Local Roots is a family-run vegetable farm in the Snoqualmie river valley, about 20 miles outside of Seattle. Wife and husband team Siri and Jason, along with a small crew of workers and apprentices, grow about ten acres of vegetables, which we sell at Seattle-area farmers markets, through our Community Supported Agriculture subscription program, and to many fine restaurants.

Oxbow – Oxbow is a 25 acre mixed vegetable, tree fruit and berry  organic farm in the Snoqualmie Valley. They have shared their produce with the Seattle area for 14 years through markets, restaurants & their CSA.

Each year we have a different local chef prepare the meal using Salmon-Safe ingredients, which in turn supports local sustainable farms.

2019 – For our tenth anniversary of the Feast, we decided to celebrate with a cast of talented chefs. Joining us this year was Mutsuko Soma of Kamonegi.  Before opening Kamonegi, Chef Soma cut her teeth at restaurants like the Harvest Vine, Chez Shea, and Saito’s. She then returned to Japan to learn the art of making traditional soba. While studying soba making, Chef Soma discovered that Washington was among the largest buckwheat producing states in the United States. This fact reaffirmed her decision to introduce soba to the Pacific Northwest, an area that has greatly influenced her throughout her career. Returning to cook with Chef Soma are past chefs Branden Karow, the Executive Chef of Ethan Stowell Restaurants, Jason Stoneburner, the Executive Chef at Bastille Café & Bar and chef/owner of Stoneburner, and Brendan McGill, the Executive Chef and owner of Hitchcock. 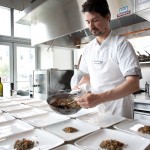 2017 – William Belickis is founder of Mistral Kitchen. Belickis’ first glimpse of the Great Northwest left him awestruck; he found its clean, cool beauty inspiring and soon returned to explore San Francisco, British Columbia, and everywhere in between. After making the move to Seattle, he was a chef Fuller’s and Salish Lodge. In 2000, he opened his own restraunt, Mistral in Belltown. Mistral closed its doors in 2008 so Chef Belickis could work on a new, more accessible and experimental restaurant: Mistral Kitchen. 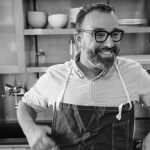 2016  – Joshua Henderson is an award winning Executive Chef and founder of the acclaimed Huxley Wallace Collective. Known as a visionary and food entrepreneur, Josh has spent   his career cooking in kitchens and unique locations across the country. He recently established a group of highly successful restaurants in the Pacific Northwest, including Quality Athletics, Bar Noroeste Taqueria, Great State Burger, Saint Helens, and opening soon, Poulet Galore, Cantine Bottleshop and Bar, and Vestal.

2015 – Jason Stoneburner is the Executive Chef at Bastille Café & Bar and chef/owner of Stoneburner, both located in Seattle’s historic Ballard neighborhood. Jason is also the chef/owner of the newly opened Seaplane Kitchen & Bar in Kenmore, just north of Seattle. He is dedicated to procuring products from small farms and thoughtfully sourcing ingredients for all three of his restaurants. Jason is a proud supporter of the Special Olympics, Seattle Children’s Hospital, FareStart, and charities that encourage sustainable farming and agriculture. In his free time, Jason can be found somewhere along the West Coast surfing or snowboarding. 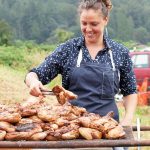 2014 – Chef Zoi Antonitsas of Westward, is passionate about food, wine, spirits and hospitality, Zoi has more than 20 years’ experience in the restaurant industry, and a local celebrity as a contestant on Season 4 of Top Chef. Chef Zoi has received local and national acclaim for her contemporary, creative and ingredient focused cooking style. She takes inspiration from the sea, and her food reflects her love of the Mediterranean. 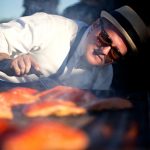 2013 – Chef Brendan McGill is the winner of Food and Wine magazine’s award for 2013 People’s Best New Chef. He earned the spotlight as top choice in both the national and Pacific Northwest categories. The Seattle Times included his Bainbridge Island restaurant, Hitchcock, amongst the top bites of 2011, and was a Best Chef Northwest Semifinalist in 2014.

2012 – Chef Ethan Stowell is a three-time nominee for Best Chef Northwest, a Rising Star Seattle Restauranteur, one of the Best New Chefs in America, and a Seattle Trailblazer. Ethan has built a devoted following to his numerous restaurants throughout Seattle, including Tavolata, How to Cook a Wolf, Anchovies & Olives, and Staple & Fancy Mercantile, as well as new ventures Red Cowand Chippy’s Fish and Drink. 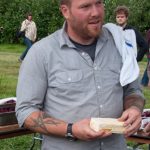 2011 – Chef Matthew Dillon’s fresh and straightforward approach blends ingredients from the local land. Dillon explored his interest in fresh, simple cuisine while cooking at The Herbfarm and his Mediterranean creations at Sitka & Spruce earned him recognition as Best New Chef of 2007 in Food & Wine magazine.  2014 has seen the opening of The London Plane, a cafe and grocery shop that compliments Bar Sajorin Pioneer Square. 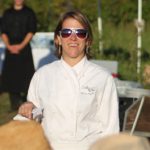 Seattle has a thriving music scene and the setting at the feast is perfect for artists to perform. Past artists include…

See photos from past years’ events! 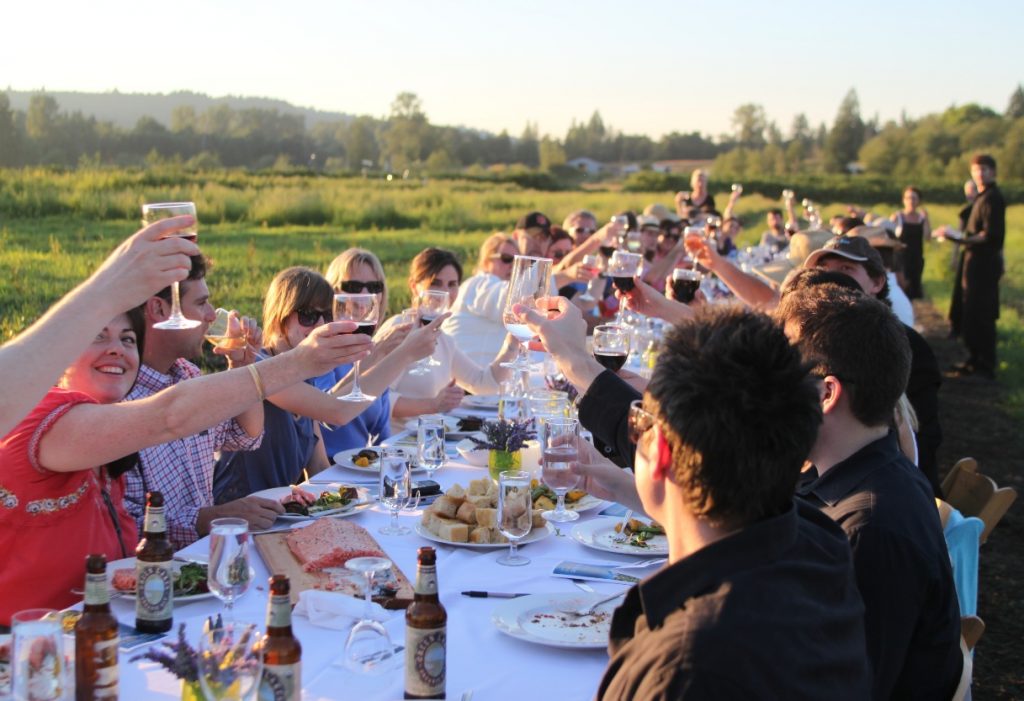 Read more about this exciting annual event through the stories told by journalists, authors, and other media professionals.

Table to farm
The Seattle Times – August 3, 2015
“After a long stretch of too much heat and too many people, I happily escaped to the wilds of Carnation and Oxbow Organic Farm Thursday for the annual Feast on the Farm.”…
Read More

Cash Crop at Feast on the Farm
The Seattle Times – July 29, 2014
“I’m just singing in the rain” David Burger smirked as we clomped through the mud of Local Roots Farm in Duvall last Wednesday for the fifth annual Feast on the Farm…
Read More

An idyllic farm dinner for Stewardship Partners
The Seattle Times – July 29, 2013
The signs were set up along the trail like Burma-Shave signs on the highway: “Cold … Cocktails … Hot … Dinner.”…
Read More

A Night On The Farm…
The Seattle Times – July 30, 2012
I was sitting on a hay bale on a flatbed being pulled by a tractor along a bumpy road in Carnation. And I couldn’t stop smiling. Smart people over at Stewardship Partners: They held their annual “Feast on the Farm” fundraiser at Full Circle Farm for the third time Thursday night…
Read More

Buy a Feast on the Farm Sweatshirt or Hat today!